Due to the COVID 19, the shipment of your order might be delayed.
For more information email freevaluations@mondanibooks.com. 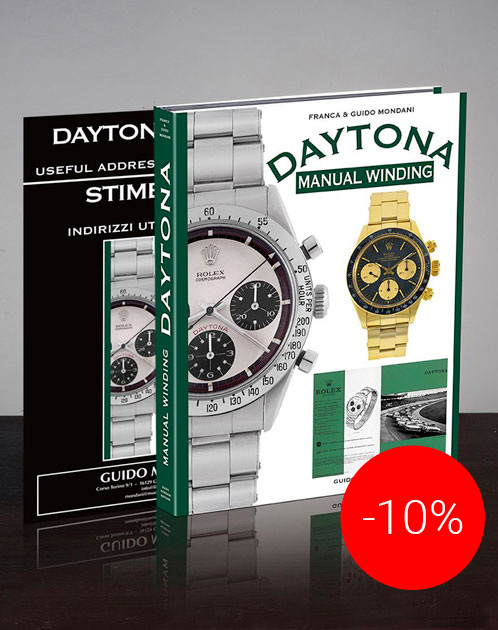 This new book is entirely dedicated to manual winding Rolex Daytona wristwatches: a complete and fundamental research, which has never been carried out in such detail.

"After numerous examinations carried out on Rolex Daytona watches, the object of this research, certain “contrasts” were noticeable, especially regarding manual winding models (most of all in steel) with dials that are not coeval with the rest of the watch.

We believe that these discrepancies are mainly due to the owner’s desire to change the color of the dial in order to “renew” the look of their watch, considering also that Rolex offered the same reference with a choice of two dials (silver or black in case of stainless steel).

Furthermore, this replacement was simplified by dealers who had dials for manual winding Daytona watches ready in stock. The available dials, with the exception of some remainder, obviously featured the graphics of that time and back then no one paid attention to whether the substituted dial was more or less coeval with the rest of the watch.

Not even the self-winding Daytona watches are excluded from this kind of dial change. It is not unusual to find watches with exchanged dials, which therefore have different features compared to the original ones."

This publication reflects perfectly the requirements of today’s market: it contains the most detailed information one can find and wish for.